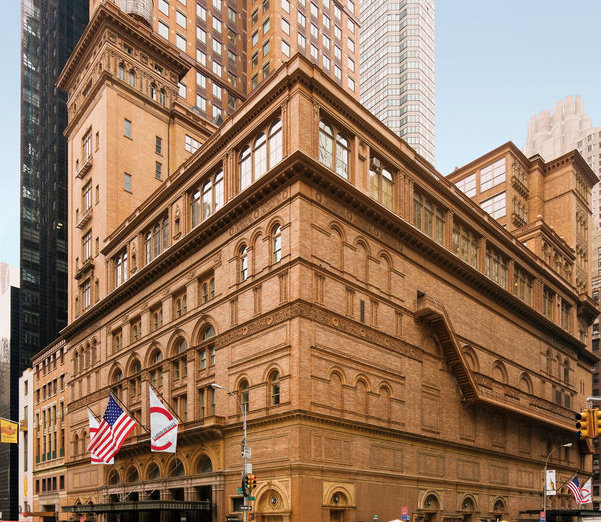 A large Multi-national audience rewarded the Amael Piano Trio with thunderous applause and prolonged ovations at the sold-out Christmas Concert in Rome, which completed a series of very successful Amael Trio performances at several international festivals, including concerts at Weill Recital Hall at Carnegie Hall in New York and at The Forge in London, for which Amael Trio received outstanding acclaim, both by the critics as well as by the audience, and thus confirmed its reputation and international recognition already achieved in the past.

In addition to the repertoire of classical music, the Trio Amael at all concerts promoted and performed a number of works by Slovenian composers.
According to New York Concert Review Amael Trio did an excellent job‚Ä¶ they represented Slovenia with honor: ‚Ä¶‚ÄùMaestoso Lugubre‚Äù by Slovenian composer Lucijan Marija Skerjanc ‚Ä¶ a somber lyricism pervaded, deepened by each player‚Äôs entry. The synchronization was marvelous, particularly in the string doublings‚Ä¶ All three blended in a way that was rich and warm, but also translucent, like the sonic equivalent of amber‚Ä¶ New York Concert Review

The Classical Source
‚Ä¶Yet the Variations of the ‚ÄúArchduke‚Äôs‚Äù third movement was the highpoint, a transcendent, calm flowing beauty of tone, the rhetoric involving and absorbing‚Ä¶The Classical Source
Read the whole review:
http://www.classicalsource.com/db_control/db_concert_review.php?id=8755

New York Concert Review
‚Ä¶Amael Trio brought unity and vigor to both old and new‚Ä¶The synchronization was marvelous, particularly in the string doublings‚Ä¶. All three blended in a way that was rich and warm, but also translucent, like the sonic equivalent of amber‚Ä¶The performance (Five short pieces by Slovenian composer Milko Lazar) was one of extreme precision, and it would be hard to imagine it being played more convincingly than it was by this tightly knit ensemble‚Ä¶ it was a fulfilling musical evening, and this is a superb ensemble. New York Concert Review
Read the whole review:
http://www.nyconcertreview.com/blog/?p=1030

Radio Belgrade ‚Äì Cultural Program
‚Ä¶‚ÄùMaestoso lugubre‚Äù by Lucijan Maria Skerjanc.
Oppressed by the tragedy of this score, which requires balancing of pathos and restraint, was realized through a saturated, dark sound range, and deep sound conformation, which occurs only as a result of common breathing‚Ä¶

Playing in some parts of the ‚ÄúNocturne‚Äù by Shubert on the very threshold of hearing, members of the trio Amael here demonstrated exceptional subtlety of mutual listening, like the kind of prompt with silence‚Ä¶

After only a brief introduction of the first paragraph, in which, after performing a solo piano, imperceptibly interfere section violin and cello, it was clear from how much restraint, lyricism and, why not, the nobility, the AmaelPiano Trio interpret Beethoven‚Äôs music