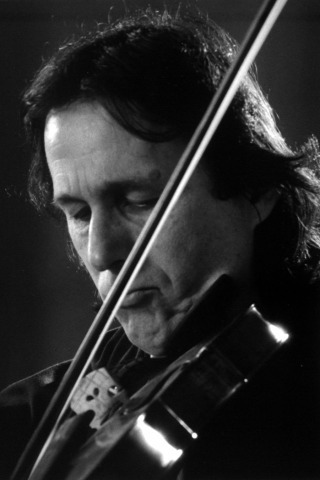 Cantabel Productions is delighted to announce some excited news about our artist, the violinist Volodja Balzalorsky, who has been awarded several prestigious music awards in the past couple of years

Volodja Balzalorsky also received the Canary Islands Music Award 2007 in Spain, and the Betetto Music Award (2006), the highest music award given in Slovenia.
According to Fanfare ‚Äî The Magazine for Serius Record Collectors, Volodja Balzalorsky‚Äôs four CDs on Cantabel have made available some stunning live performances, all reviewed in 2010-issues of Fanfare and deserve high recommendation. Compared with some great violin legends such as Kreisler, Szigeti, Oistrakh and Stern, Balzalorsky‚Äôs Live recordings received the highest critical acclaim.
Reviews are also available online as a part of Fanfare archive: http://www.fanfarearchive.com (for subscribers only).

Mr. Balzalorsky was invited by Fanfare Magazine for an interview, which was published in Nov/Dec Issue of Fanfare under section ‚ÄúFeature Articles‚Äù entitled ‚ÄúVolodja Balzalorsky Shares His Views of Violinistic Development and Artistic Interpretation‚Äù
Available online: http://www.fanfaremag.com/content/view/40743/10245/

In 2011 Cantabel will continue with releases of Balzalorsky‚Äôs Live recordings. The next, fifth release of the Live Collection will be from the Spectrum Festival, performed by Amael Trio in works by Brahms, Glinka, Schnittke, and Piazzolla. With this release, the series of five concerts-five CDs (each concert, one CD) will be completed.

‚Ä¶Something Wild for violin solo by Nenad First, an intriguing work that Volodja Balzalorsky projected with stunning virtuosity and gripping energy. In the hands of this subtle yet communicative artist the violin came alive, with pointed pizzicato, incisive double-stopping and rapid passagework adding to the relentless excitement‚Ä¶

Vololodja balzalorsky played Brahms concerto with verve and feeling; the gypsy-Hungarian roots of the music were most apparen. Both soloist and orchestra deserved the standing ovation that the normally restrained audience awarded them at the end. Gloucestershire Echo

November 30 2010 Concert in London at The Forge ‚Ä¶a superb ‚ÄòArchduke‚Äô, full-blooded in tone yet also respectful of structural clarity. Magical colouring of modulations, highlighting of luminescent thrilling‚Ä¶Yet the Variations of the third movement was the highpoint, a transcendent, calm flowing beauty of tone, the rhetoric involving and absorbing‚Ä¶